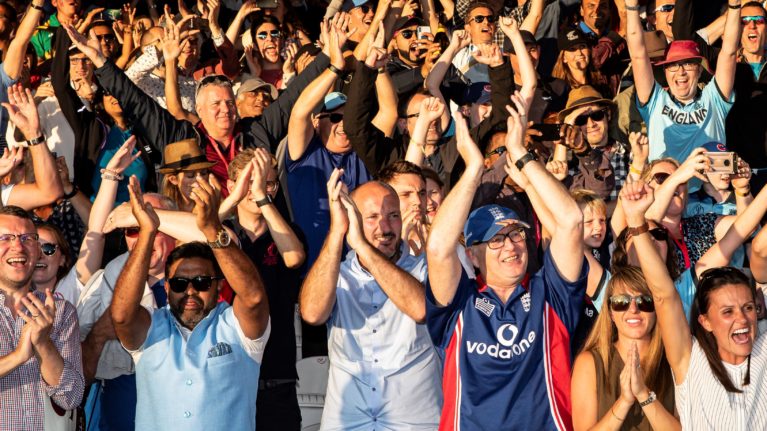 So here we are… it’s day one of the fifth Test and while Australia has retained the Ashes there’s everything to play for. After all a World Cup and a drawn Ashes series wouldn’t be a bad summer. I’m so excited I could crush a grape… except. I’m not. I mean I’m looking forward to it, but I feel a bit overloaded.

All the aforementioned highlights should stand alone to be inhaled, digested, consumed and appreciated before the next one happens along, but there simply isn’t time.

It’s a good job that the ECB is mostly aiming its new ‘format that will not be named’ at new fans of cricket because quite frankly those of us who love it haven’t got enough time for anymore. I’m primarily an England fan and as I live overseas that’s what I have the most access to. Am I interested in the County Championship? Yes. Do I want to follow domestic cricket as well? Yes? But where do you find the time? I can’t keep up with what England have done this year.

There’s no wonder the players are burnt out because I am too. I can’t get my level of excitement up to its normal levels because I’ve been asked to do it too many times this year all ready.

One of my favourite parts of Test cricket is that it is one of the few things in this world that doesn’t satisfy the instant gratification needs of the 21st century human. You can’t just binge watch a Test match, you have to watch it unfold over several days. And you used to have to wait a while between Tests to recalibrate. And then you’d have to wait months until the next Test series.

But this year England will play Tests against five different teams… with the World Cup added. It’s every bit the same as binge watching your favourite series. But tell me really – does anyone enjoy binge watching more than they enjoyed waiting a week between episodes? The anticipation is what makes it even more enjoyable.

The caveat to all this is I will watch the whole Test, I this week booked accommodation for the South Africa tour and will probably end up in New Zealand. So, it seems like I’m an addict and maybe they can dilute it as much as they like and I’ll just keep jacking up without ever really appreciating the real highs again. And when you can make that analogy (and I apologise if that’s cheapening the real issues of addiction) it’s hardly a good sign.

What’s the point of all this? I’m not sure. Cricket has had a great summer. It has provided some of its all-time highs. The best World Cup final, possibly the best Test innings, maybe the best Test. I guess a prudent question is what happens next year? Will all those new fans drop away without constant highs? As seemingly everyone goes after the new fans, the last thing it can afford to do is overload the stalwarts so much that it dilutes their passion and dedication.

OK so amongst the madness of The Hundred, potentially not playing 50-over cricket anymore, changing schedules and possibly mucking up the Country Championship so much we can’t unearth Test batsmen (and that’s just in England), it’s hardly a major issue.

It’s just sometimes, less is more. And I always want more. Anyway, got to go – time to continue my binge watching of Day One.